Sharps containers around Morgantown would cut down on syringe litter 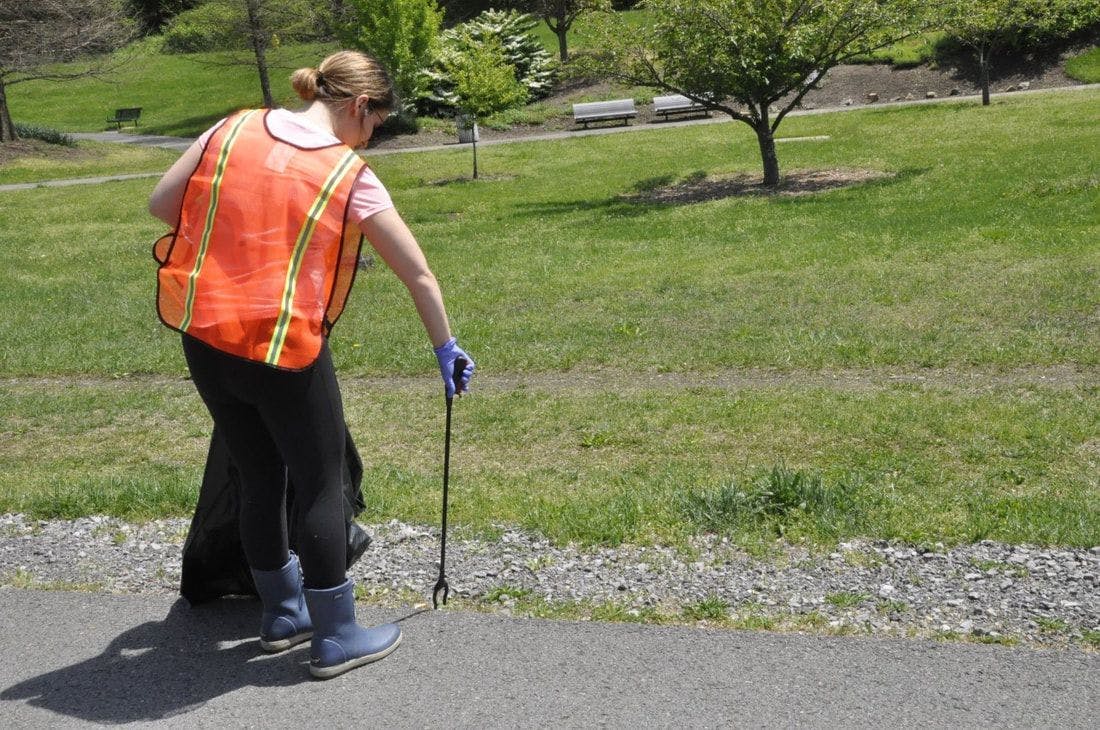 This past summer, I was walking along the rail-trail near Marilla Park when I was pleased to see a new mural that Friends of Deckers Creek had painted on a nearby bridge abutment: a scene featuring a kayaker paddling through rapids.

That happiness turned to frustration a couple of weeks later. Drug paraphernalia strewn over a large rock nearby marred the view.

So when I heard Milan Puskar Health Right’s proposal to place three large metal biohazard containers around town in places where they would likely be used—but not necessarily seen by most members of the public—I thought it was a great plan.

“We support the placement of sharps containers in all public places,” he said. “I first encountered public sharps containers in a bathroom a decade ago in an airport restroom in Australia and thought, ‘What a wonderful idea.’ It’s not just for people with substance use disorder. There are diabetics and others who may have an indication for medication use via an injection.”

Laura Jones, executive director of Milan Puskar Health Right, said the idea came from other communities that have them, including Huntington. One is located in front of Cabell-Huntington Health Department.

“It’s been beneficial to have boxes to allow people to safely dispose of syringes,” she said.

Data from Canada states that having biohazard boxes around a community increases syringe disposal by 98 percent.

Health Right proposes to work with the city of Morgantown to find locations where disposed syringes are typically found and also for help installing the boxes.

“We’ve discovered that there are specific areas of downtown where needles seem to collect,” Jones said. “It’s not always in mainstream areas. Sometimes it’s off the beaten path.”

The boxes (pictured below) that Health Right would like to use are not your typical red plastic sharps containers. Instead, the metal boxes have a pipe used deposit the syringes. But no one could get their hands down in the box to try to steal them, Jones noted. It’s also double-locked.

Health Right would empty the containers on a regular basis, emptying the used needles and running them through the current medical waste disposal pick-up service. They would pay for the boxes, $300 each, with a grant, and also for disposal.

Jones is familiar with the objections that some community members have put forth. She has a compelling reply for each one.

“The first one is that it will encourage drug use,” she said. “That obviously makes no sense. We already have drug use. We don’t have to do anything to encourage it.

“And we’re not putting these in areas that most people would be. Those who need them would have access to them, but they would not draw a crowd.”

Another concern she has heard is what parents will tell their children.

First, Jones noted, the boxes are nondescript and wouldn’t be that noticeable.

Also, “If a child is 3, you say they are for garbage. If they’re 10 or 11 or 12 years old, this is the perfect opportunity to talk to them about drugs and alcohol.”

And even then, that might be waiting too long, she said. At a recent lecture presented by Huntington: City of Solutions, she learned that the average age of initial IV drug use is between 12 and 15 years old.

That’s disturbing news in a state that has been grappling with the opioid crisis. It’s difficult to live in this community and not see the proof, including abandoned syringes.

As someone in the thick of the fight, Jones knows what she’s talking about. Milan Puskar Health Right created a syringe access program in August 2015, the LIGHT Program, which stands for Living In Good Health Together.

Having clean needles helps keep people who use drugs from getting a variety of diseases, including Hepatitis B, Hepatitis C and HIV. Huntington is currently experiencing an HIV cluster because of drug use; in Charleston, which did away with its needle exchange program, Hepatitis C rates have soared.

According to the West Virginia Department of Health and Human Resources, the number of Hep C cases more than doubled in a year, growing from 20 acute and 458 chronic cases in 2017 to 41 acute and 1,114 chronic cases in 2018. The closure of the needle exchange program is considered a big factor.The LIGHT Program is called a syringe access program because there is a not a one-on-one exchange of needles.

Instead, participants —more than 1,600 unique individuals have utilized the program in the past four years —are given biohazard boxes and asked to fill them up and return them. “We’re getting more than 50 percent of them back,” Jones said.

However, she noted, many of the participants are homeless, and this creates a bit of a challenge when it comes to syringe return.

“For people experiencing homelessness, it’s much harder to bring back syringes or even keep a biohazard container,” she said. “Are they going to carry it around all day? What are you going to do with it?”

Milan Puskar Health Right has already been doing its part to help rid the community of abandoned syringes. This spring, a large cleanup garnered buckets of syringes and even more garbage. Many of the syringes were found at homeless camps that have cropped up near downtown. Subsequent cleanups have yielded far fewer syringes after the initial outing.

The team of people who do the cleanups have been trained so they can safely retrieve the syringes. They wear gloves and use a grabber “so they don’t have to physically touch anything,” Jones said.

The LIGHT Program also allows participants to be offered health services each time they go back for clean needles. It’s another vital component to the program, and the syringes serve as a goal to get people through the doors.

“Basically, every single time,” Jones continued, “we ask them the same questions, and they say ‘Yes’ or ‘No.’ And as we build a rapport with people, they start saying yes to the other things. And that’s when the real work starts to happen. We’re able to move people closer to recovery.”